The Caribbean’s Newest Floating Bar Is In St John The newest floating bar in the Caribbean. All photos by Cynthia Swan.
By Caribbean Journal Staff

They’ve long been in the pantheon of floating bars in the Caribbean: the standalone seagoing bars that take the beach bar to an entirely different level.

And now there’s another one.

The island of St John will soon be home to a new floating bar with a twist: it’s the Caribbean’s first floating taco bar.

It’s called Lime Out, and this solar-powered floating bar is opening soon on the waters of St John. The green focus will extend to the food, with all recyclable cups and biodegradable food containers. No straws will be available either.

If the Lime name sounds familiar it’s because the project is the brainchild of Richard Baranowski, who along with wife Chelsea are behind the Lime Inn bar and restaurant in St John’s Cruz Bay, Chelsea Baranowski told Caribbean Journal.

Owners Richard Baranowski, Dane Tarr and Dylan Buchalter “all grew up together in St John’s Coral Bay, and have always wanted to open a business in the area” — and the result is the Lime Out. 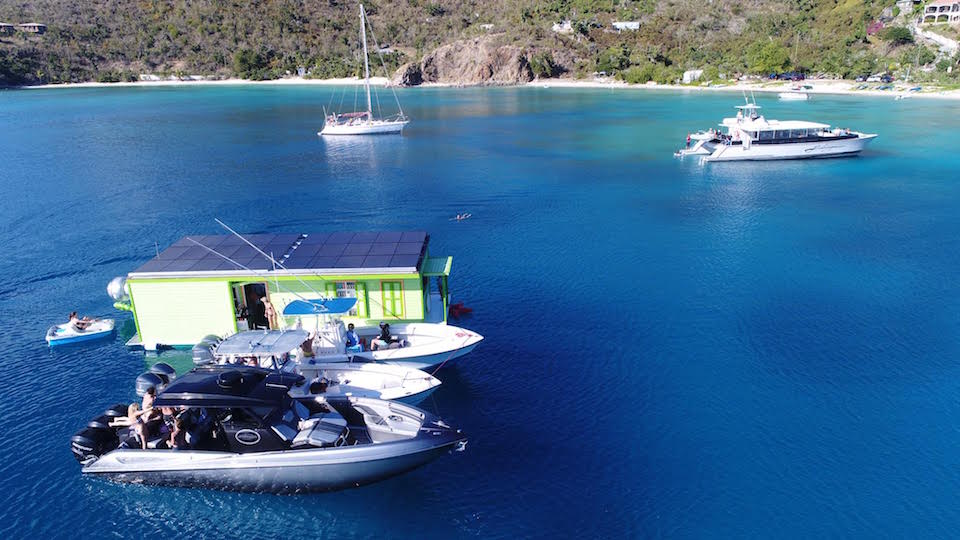 The bar is managed by Buchalter, while the chef is Amaro Rivera.

The menu will be tacos and drinks, with specialty tacos like curry chicken and fresh tuna to short rib and even vegan tacos— and they’ll even be offering delivery to nearby boats. Tacos will be at the heart of the menu.

The cocktail list will feature drinks like the Coco Colada and the Harbor Cooler, all named after St John’s youngest generation.

Even better? Lime Out will also have a swim-up bar. Lime Out, which is set to officially debut in the next few weeks, instantly becomes a major new destination bar and another strong step in St John’s and the US Virgin Islands’ tourism recovery.

For more, visit Lime Out.