We’re somewhere in the Roseau Valley, stopped on a cliffside, looking out at imposing, massive green mountains and a scattering of homes dotted on the lowlands.

We’ve been spending the day winding on these narrow roads, passing by waterfalls, feeling our ears pop as the car climbs, the scale of nature increasingly clear. Because if there’s one thing to know about Dominica, it’s this: Mother Nature is in charge here.

You can make the argument (an easy one, in our opinion), that this is the most naturally beautiful place in the Caribbean: the sparklingly clear water, those aforementioned hills, the sheer vibrance of the green, the effervescence of the flora.

But it’s also beautiful because of what isn’t here – whether you’re here in Roseau or on the cliffs of Secret Bay or navigating the hike to the Boiling Lake, what you see is the natural world.

Everything here that is man-made is clearly here at the mercy and pleasure of nature: privileged but secondary.

It is a relationship of which Dominica is all too often reminded, often furiously.

But that is what makes this such a fascinating place to visit, a unique destination in the Caribbean that is not quite like any other island in the region.

For one, getting here has always been a true journey — Dominica’s regional airport can’t take large jets, meaning to get here you always have to fly somewhere else first. But like similarly tucked-away destinations in the Caribbean, Dominica’s remoteness is an enormous part of its allure.

Getting here (a proposition that has certainly gotten easier in recent years) remains an adventure, whether you fly in over the mountains to Douglas Charles Airport or take the ferry from a nearby French Caribbean port.

And that’s just the beginning. The town of Scotts Head.

The way to see this place is to rent a car and get out there — to get lost, to find yourself on winding cliffside routes, to stop and get coconuts in tiny fruit shacks; to drive to remote bars in tiny villages; to reach the end of the wrong dead-end road.

You can drive 20 minutes outside of Dominica’s capital, Roseau, and find yourself on another planet entirely, surrounded by vibrant, verdant hills and rushing rivers and some of the warmest, friendliest people you’ll meet. The view from Tia’s Bamboo Cottages.

WE DRIVE along the valley and eventually reach our intended destination: the funky, quirky town of Wotten Waven, tucked away somewhere at the corner of the valley.

Wotten Waven, like much of the island, has become a new place since last year’s storms — but it is still the island’s capital of quirk, with its spiced rum punches and guest houses and hot springs.

We run into Tia, the gregarious proprietor of the eponymous Tia’s Bamboo Cottages, the gateway to the town’s hot springs and the best place to stay in the area. Tia has painstakingly and passionately rebuilt this place, a hotel he built with his own hands, a sculpture as much as a hotel, relentlessly tinkering with his creation.

The air is sulfurous, a reminder of the thermal pools beneath our feet; the only sounds are the shaking of palm trees and our footsteps as we walk around this tiny town.

No, we aren’t kayaking, or hiking Dominica’s myriad trails, or snorkeling through geothermal bubbles. And that is something palpable across this island — whether you’re driving to Donkey Beach outside Canefield, or walking around the colorful streets of Roseau or exploring the Kalinago territory, you always feel it, the adventure, the wonder. 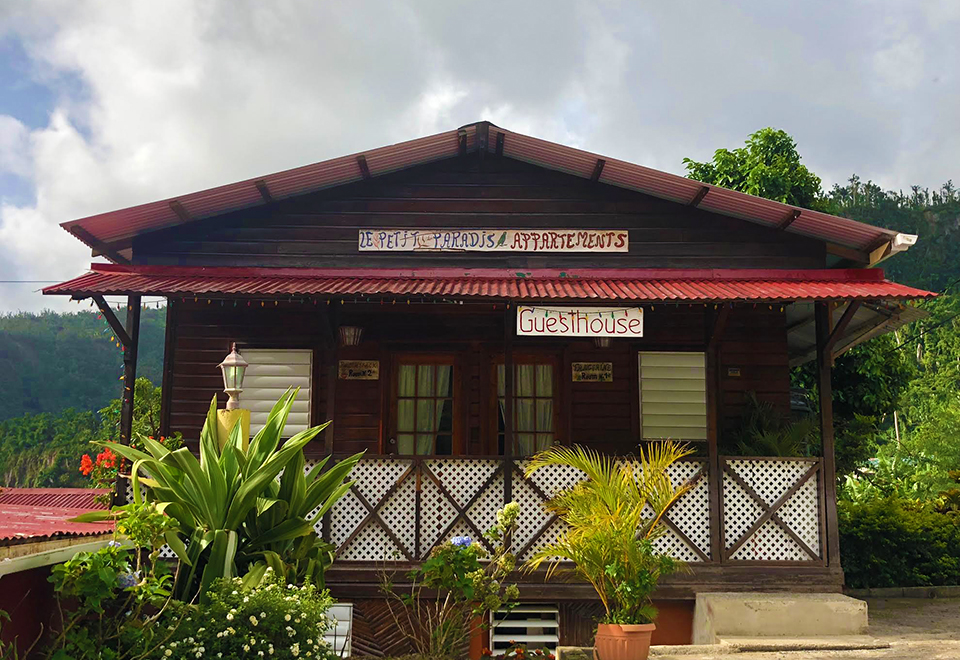 Make sure you try the rum punch here.

Dominica has long been the Nature Island, an apt moniker for such a gorgeous place.

But perhaps it deserves another name: the Caribbean’s Adventure Island.