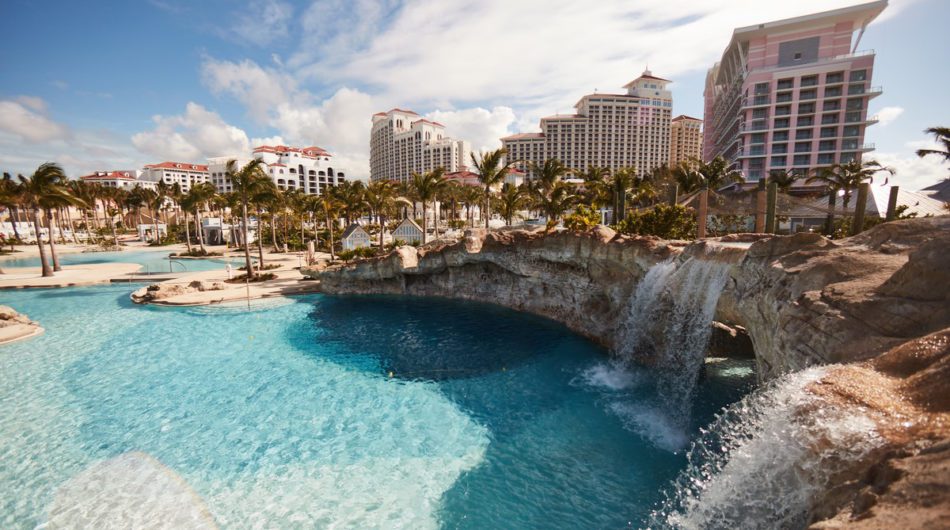 The Baha Mar resort in Nassau.
By Rico Louw

The Caribbean hotel industry reached its highest levels ever in average daily rate (ADR) and revenue per available room (RevPAR), according to 2019 data from STR.

For the year, the region posted a year-over-year ADR increase of 5.6 percent to US$218.82 and a RevPAR jump of 2.8 percent to US$139.45. Those absolute levels in the metrics were the highest on record for any year in STR’s Caribbean database. Occupancy, however, fell 2.7 percent to 63.7%.

Continued supply growth coupled with muted demand put pressure on occupancy levels. Despite those factors, hoteliers have been able to maintain rates, mostly due to the premium they obtain thanks to new or recently renovated rooms and resorts.

According to our forecast partner, Tourism Economics, overnight arrivals to the Caribbean reached roughly 9.85 million in 2019, which is roughly an 8 percent increase over 2018.

Another good sign for the Caribbean moving forward, U.S. outbound travel spending is also growing at a rapid pace, an average growth rate of 7.6 percent over the past five years.

On the islands where STR maintains a sufficient reporting sample, Turks & Caicos Islands experienced the highest rise in occupancy (+4.3%), which drove the largest increase in RevPAR (+12.8%).

The Cayman Islands posted the largest lift in ADR (+8.3%).

The Dominican Republic, on the other hand, reported the steepest declines in each of the three key performance metrics: occupancy (-8.0%), ADR (-3.5%) and RevPAR (-11.2%). New inventory growth, along with negative press around safety the past six months, has affected performance levels.

Additional questions regarding hotel data reporting in the Caribbean can be directed to Rico Louw at rlouw@str.com.