By Dana Niland and Alexander Britell

The plan, revealed by the Virgin Islands Port Authority this week, is estimated to cost around $230 million. “We’re living in a world now where security regulations have altered how you run your operations and also have a customer base that’s evolved over time, with increasingly higher expectations,” Schnetzer said. “Airpots are competing with each other. Communities and cities are competin gwith each other for business, for tourism. We’re trying to accomplish a number of things at one time – we’re repairing damage that was done to the facilities last year, taking a look at the functionality of the building, and what sort of an image does this facility have for people as they arrive and as they leave.”

The vision for the project includes new jet bridges, parking garages and restaurant expansions, along with a connected ferry terminal that would expedite maritime travel for travelers after exiting the terminal (something that could be a boost for both St John and St Croix and for the nearby British Virgin Islands). Retail areas will get a major upgrade.

The designs for the ferry terminal include a pedestrian bridge that would allow arriving passengers to walk toward the nearby Lindbergh Bay Hotel and Villas over traffic to the newly-built terminal. 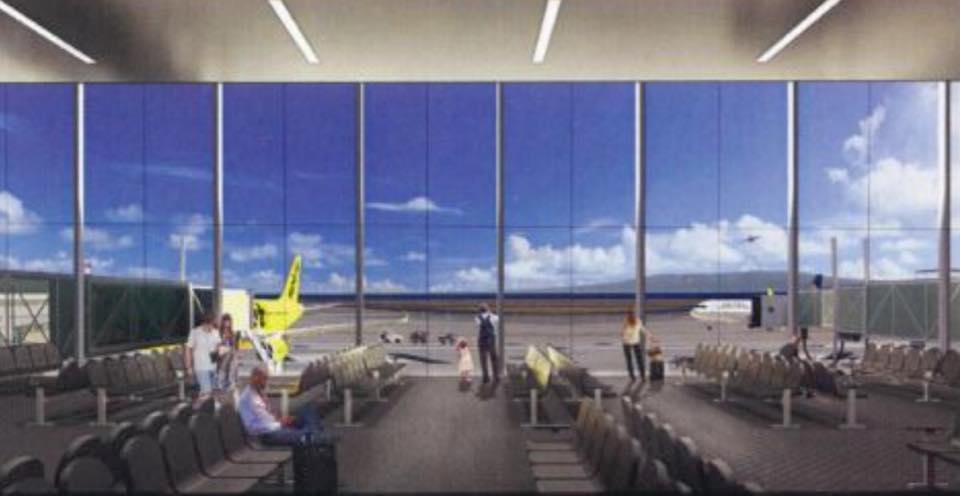 The first phase of the expansion project will include a second level with views of the surrounding area, along with new retail and duty free offerings and a new roof.

The project began several years ago with a master plan process, according to Tom Schnetzer, head of long term projections for the Cyril King airport.

The existing terminal was built 30 years ago when airports functioned differently, Schnetzer said.

“That can be a powerful thing,” he said.

Perez & Perez is the architectural team behind the project, which has designed a number of major aviation projects, including Concourse H at Miami International Airport.

The repairs will not detract from repair and recovery efforts, however, officials cautioned.

“We will continue doing repairs to all of our facilities in relation to the hurricane damage, but in the mindset we want to do for today that which can be useful for tomorrow,” said US Virgin Islands Governor Kenneth Mapp.

The initial design plans were revealed during a presentation at the University of the Virgin Islands this week.